It’s no secret that the U.S.A. has cemented its standing as a leader in Solar Power by expanding its market to that of residential installations. One attribute responsible for this significant increase is the incentive given to the residential sector. Given that it is readily available and renewable, solar power is an attractive source of energy. Over the past 20 years, costs associated with solar energy have decreased because the demand to purchase this energy source has increased. With this increasing interest, companies are able to produce solar cells in bulk and install them easily. Furthermore, technological advances over the last 20 years have inspired new developments to meet the new, higher demand for solar panel efficiency. In fact, there are numerous incentives available to the homeowner who decides to take part in solar energy.

While costs have come down over the past couple of decades, adding solar panels to your home might still be considered a more expensive investment. The good news is that the main cost of owning solar energy equipment comes upfront when buying the equipment. Though they can be costly to implement, solar energy presents a renewable, clean source of power. Homeowners who decide to add solar panels, also known as photovoltaic power systems, could lower their energy bills, decrease their carbon footprint, and may raise the value of their home. Not only would a homeowner be giving back to the environment, but an individual could earn money by selling back excess power to the grid.

It is important to keep in mind that some homes are not well-suited to support solar panels. Given that solar energy is the technology used to harness the sun’s energy and make it usable, it makes sense that solar panels work best for homes that have access to ample sunlight. As a general rule, being closer to the equator is generally better for homes receiving the most out of solar energy. Equally important is the home’s orientation. If a homeowner plans on adding rooftop solar panels, more sunlight can be absorbed by a south-facing roof with minimal objects such as trees obstructing its reception. If an individual is not interested in adding solar panels to the roof, another option is to mount the panels on external supports. If the homeowner chooses to utilize external supports, the individual should keep in mind that costs may be added for extra hardware.

There is an undeniable financial benefit to having lower electricity bills as a result of utilizing solar energy equipment. Further than that, there is an unmistakable trend of people choosing to “go green” which means that there is a growing demand for homes that are powered by renewable sources and therefore have a smaller carbon footprint. Solar energy is certainly considered an investment, not only in the home but also in our earth. 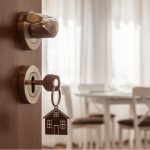 Your Mortgage Options – Find Out What Type Works For You 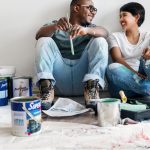 Our Favorite Ways to Potentially Increase Your Home’s Value 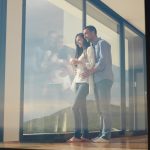 6 Ways to Save on Your Homeowners Insurance 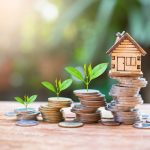 Cash-Out Refinance: How It Works and When To Do It

The Ultimate Home Maintenance Checklist for the Fall

We’re Falling for These Beautiful Flowers

Signs Your Air Conditioner May Need an Inspection

The Bright Future of Solar Power

Confirm your zip code below and become part of the Your Mortgage Assistant community.